Assassin AKA Agent Sasco and Lt. Stitchie to collaborate on new music 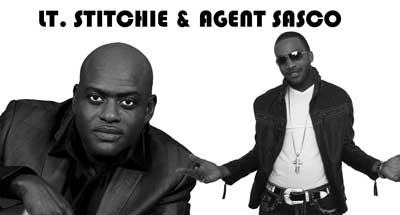 Two of Dancehall’s most lyrical artists Assassin and Lt. Stitchie will be in the studio in the coming weeks to finish up a single they have been working on for a while now. The song which will be featured on Stitchie’s album (scheduled to be released this summer) asked the question, ‘If you could be a man in the Bible who would you be?’

Both artists will use men and women from the Bible as references for how they think we should be behaving now. Persons should not be fooled by the subject matter of the song, the Governor is going extremely hard on this record and no one has to question Assassin’s lyrical potency especially when he is dealing with substantive subject matters.