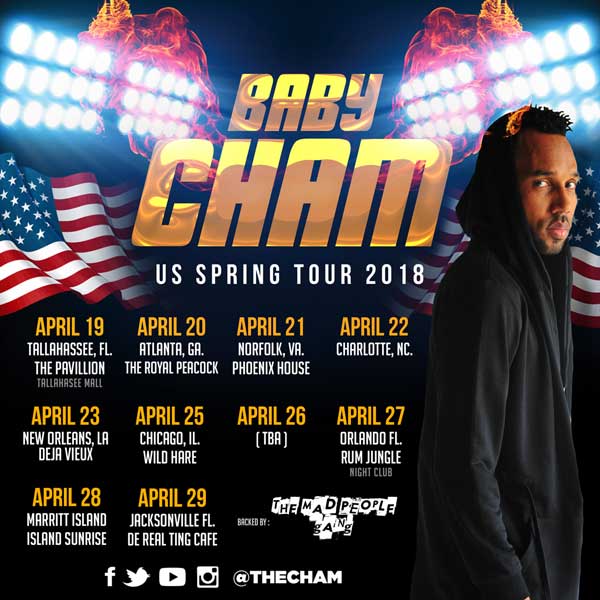 Grammy-nominated Jamaican Dancehall Superstar Cham, a.k.a Baby Cham’s Spring Tour begins on April 19th. The highly anticipated shows touch down on the east coast of the USA and then the UK, with many more dates following. Last year Cham toured the US, Europe, Jamaica & Asia, & The Welcome to Jamrock Cruise. Cham LIVE in concert is not to be missed as he performs his beloved hits like “Ghetto Story” & “Vitamin S” along with hot tracks off his newest album- Lawless (June, 2017).

To Keep Up to Date Follow Cham on Social Media:

Black No For Sale is a single to announce the colors of the album Pre-Order New EP "So Determine" from Teflon Young King, Album Releases on April 27