The full line-up for this year’s Africa Oyé festival has been revealed with Ghana’s Rocky Dawuni and legendary Beninese group Orchestre Poly-Rythmo among the new acts announced.

Also included in the final wave of artists are Guinea-Bissau’s Nifeco Costa, Kasai Masai from DR Congo and Cuba’s Son Yambu, who make a welcome return to the festival after an acclaimed performance in 2013.

On 16th & 17th June 2018, Liverpool’s Sefton Park will once again be taken over by the music and culture of Africa and the Caribbean for two free days of fantastic live music, DJs, dance, workshops, food stalls and a range of traders in the Oyé Village.

Headlining the Saturday night is international music star, humanitarian activist and GRAMMY nominee, Rocky Dawuni, who straddles the boundaries between Africa, the Caribbean and the U.S. to create an appealing sound that unites generations and cultures. Recently named one of Africa’s Top 10 global stars by CNN, Dawuni has shared the stage with Stevie Wonder, Peter Gabriel, Janelle Monae and John Legend, among many others. 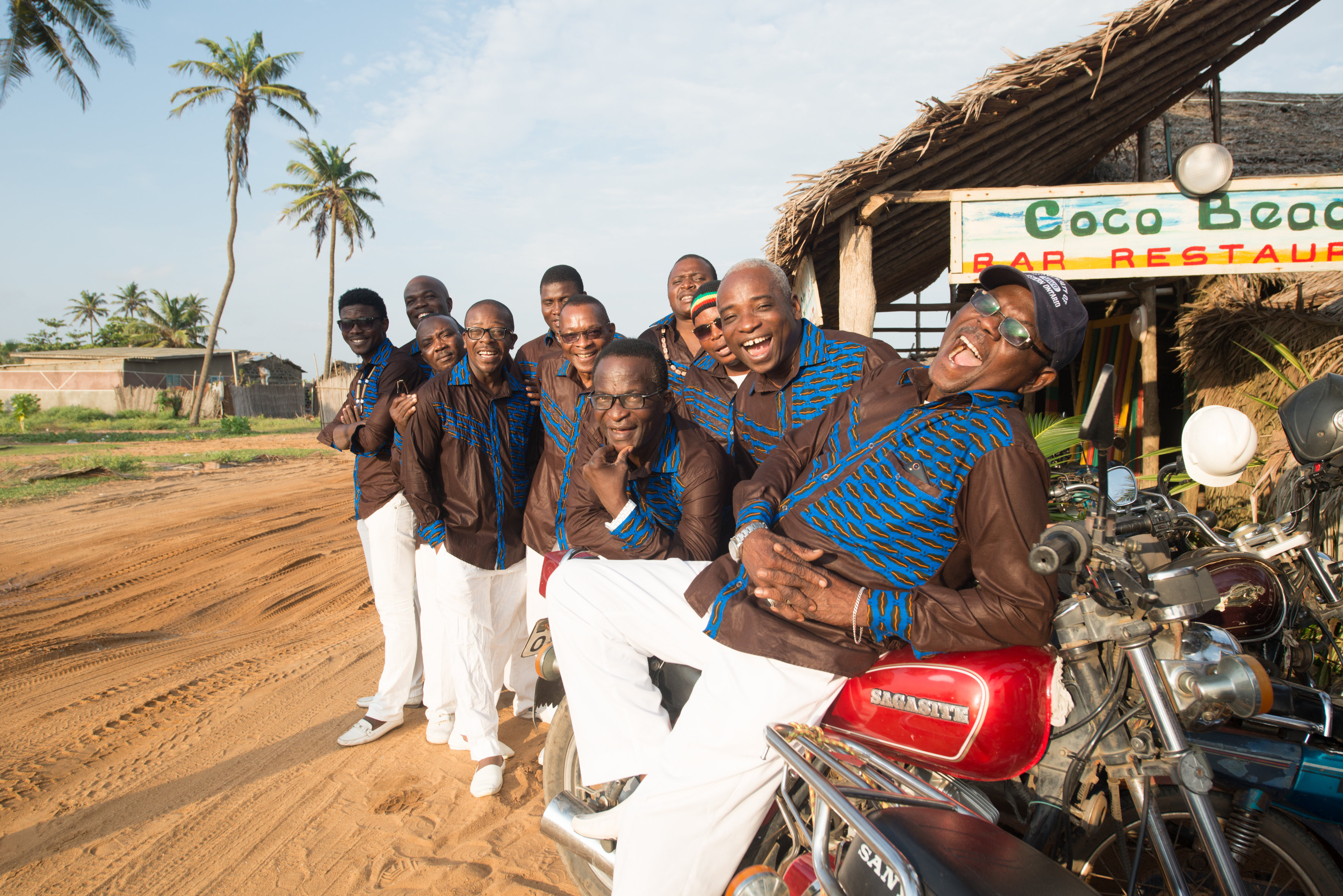 The legendary Orchestre Poly-Rythmo are one of the oldest and most prolific groups in Africa (more than 42 years old and some 500 records on the clock) but were strangely also one of the most unknown for a very long time. Thankfully due to the rediscovery of their records by collectors in Europe and North America, the world is beginning to find out the history of this groundbreaking group. The band have enjoyed a glittering career without succumbing to political changes or the digital music revolution, combining funk, soul, and afrobeat with their famous voodoo rhythm.

Kasai Masai’s music reflects their journey from the rural to urban, performing music which has been passed on from generation to generation, combined with their own contemporary style. Written in Swahili, Lingala and Kimongo, the band’s lyrics portray the cultural diversity of Congo where more than four hundred languages are spoken. 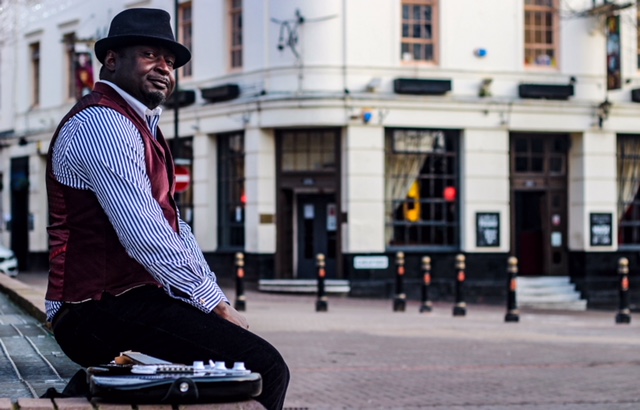 Nifeco Costa is an Guinea-Bissau/Portuguese musician steeped in the traditional sounds of his homeland. The accomplished guitarist and pianist founded the band “Mini Cobi” over 30 years ago, participating in 1987 at the Festival no Pintcha held in Bissau, before going on to record various records as a solo artist.

Son Yambu play authentic Cuban son; the intoxicating fusion of Spanish and African rhythms that gave rise to salsa. The band features a new generation of Cuban musicians who are all passionate about maintaining the traditions of the genre, continuing the Buena Vista legacy that put their country’s music back on the international map in 1997. They give this irresistible music a contemporary edge, bringing their audiences a truly, sensational, authentic Latin music experience. 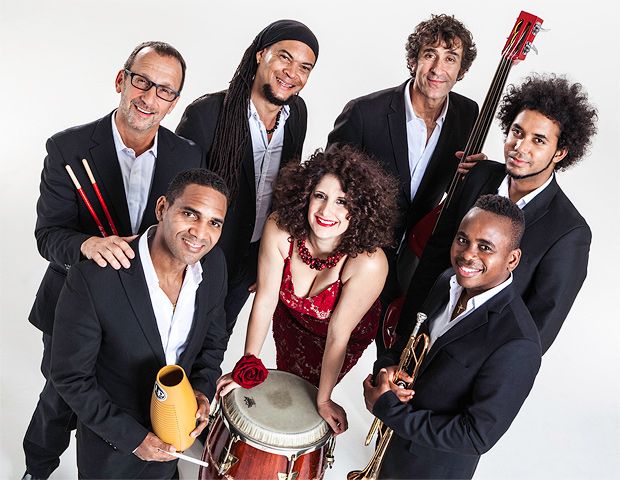 Africa Oyé’s Artistic Director, Paul Duhaney said of the line-up reveal, “We’ve been trying to get Rocky over to Liverpool for years now so it’s great to have such an influential figure on the line-up for 2018. Orchestre Poly-Rythmo are a perfect fit for a sunny Sefton Park Sunday…and anyone who didn’t catch Son Yambu five years ago is in for a real treat.

We first booked Kasai Masai for a UK show back in 2000 when they were first starting out so it’s a real homecoming to have them back on the Oyé stage again. And Nifeco Costa is an artist whose profile deserves to be a lot bigger so it’s great to be able to showcase his talents to our amazing festival audience”.

The 2018 Africa Oyé festival will take place on 16th and 17th June, 2018 in Liverpool’s Sefton Park from 12:30pm til 9:30pm both days and entrance is FREE. For more information on the festival and other events held across the country by Africa Oyé please visit africaoye.com.

“A perfect family day out” – BBC Africa On Your Street

“The greatest musical and cultural event of Liverpool’s year, every year” – A Sense Of Place 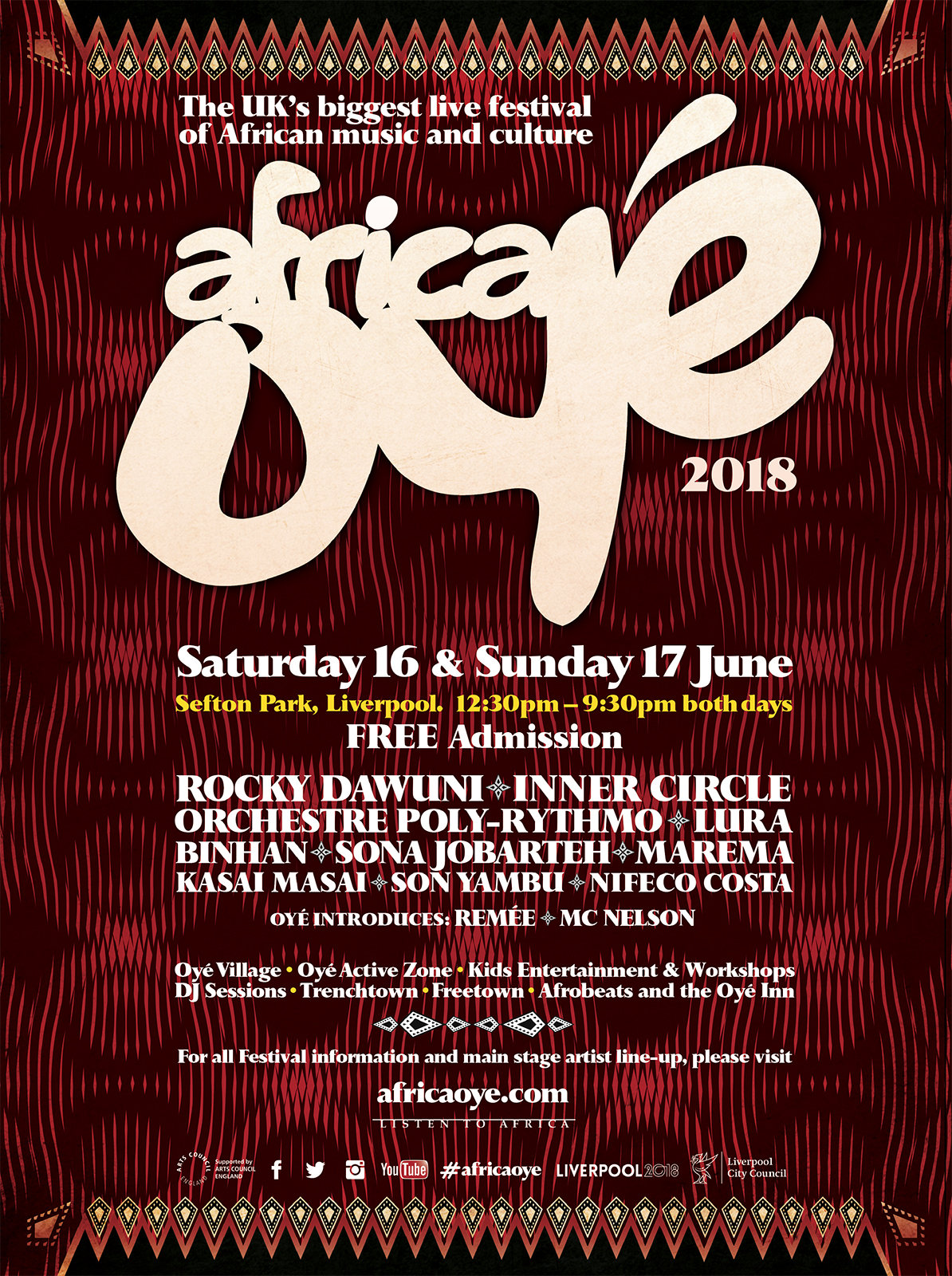