Queens of the Islands Tour 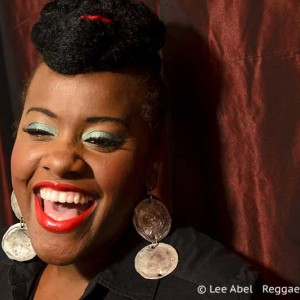 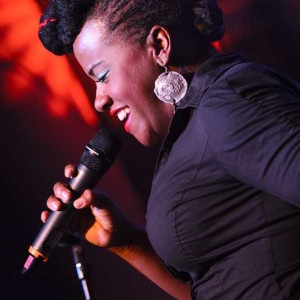 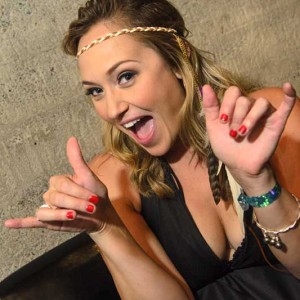 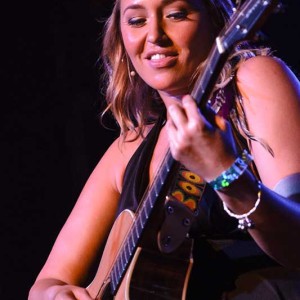 Queens of the Islands Tour

Etana and Anuhea Live @ the Mezzanine in San Francisco

What do Etana and Anuhea have in common?

In her upstairs dressing room before the show, we found Etana, all dolled up and worthy of the cover of Vogue. The regal beauty designed her outfit herself, she said. An island girl, Etana loves vibrant colors because they are “happy.” She does not like heat or chemicals in her hair and prefers braids, Afros, twists and styles suited to her natural African texture.

In conversation with Jamaica’s top female vocalist, it becomes clear how Shaun McKenzie got her moniker, Etana, a Hebrew name meaning dedication and strength.

When Etana first came to the U.S. as a preteen, her schoolmates would poke her and make her speak in Jamaican patois, a dialect that they found lyrical and amusing. Then, she said, they would walk away and laugh at her. “Stupid Jamaican!” they taunted. Etana said they left her alone after the Hattians came to her school and became the new scapegoats.

Since 2008, the VP Records artist has released four albums including The Strong One, Free Expressions and Better Tomorrow. Her latest release, I Rise, soared to the top of Billboard’s Reggae Album charts recently.

“I wanted the I Rise to sound live,” said Etana, who speaks the Queen’s English:

“I wanted it to sound huge, like I was on stage with a 10-piece band. I got that sound through working with Clive Hunt as the producer/arranger. He was amazing; he got everything right on the money. Clive has worked with some of the top musicians in Jamaica–Sly and Robbie, Handel Tucker and some huge young musicians as well.”

On stage at the Mezzanine, Etana and her band, Raw Soul Rebels, featuring four musicians and two backing vocalists, performed some of her early hits including her anthem “I am Not Afraid,” as well as Bob Marley’s “Redemption Song” and tributes to reggae queens Marcia Griffiths (“Stepping Out of Babylon”) and Dawn Penn (“No, No, No”). The soulful soprano performed some of her favorite tracks from I Rise, including “On My Way,” “Love Song” and “By Your Side.”

Although she receives top billing at large scale reggae festivals such as Reggae on the River, Reggae in the Desert and the Sierra Nevada World Music Festival, Etana has paid her dues. She has heard about the struggle of the women that came before her from promoters and other music industry professionals.

“Women, to me, in the Caribbean are looked upon as the homemakers, the baby mothers and the wives who stay at home,” said Etana, whose husband/manager was by her side at the show. She continued:

“Caribbean women are still struggling through a chauvinistic world. Even in business, men think that we should be paid less or that we should be put on stage at a certain time, or not at all. That has changed a lot, but I still think that we have a long way to go. I can say that the only difference with my music is that it’s all about unconditional love. I totally believe in one perfect unconditional love. The person who brought me into the music industry was a gay as they come; but he was a good friend of mine. I’ve never been anti-gay person. Not only that, I don’t believe in violence in music.”

“She’s a very cool person; her music is live, loving and smooth,” she said.

In closing, I asked Etana what it was about islands that generate such good music.

“I guess it’s the love of the people; the love that they share with each other; the culture is so strong,” said Etana. “There is a respect that the people have across the board for the little ones all the way up to the oldest ones. I think that comes together in the food and in the culture—that is the spirit that’s in the music.”

HIGHER THAN THE CLOUDS

We also met with Maui-born Rylee Anuheake’alaokalokelani “Anuhea” Jenkins, aka The Reigning Queen of Hawaiian reggae/soul.

Anuhea is a fourth generation graduate of Hawaii’s prestigious Kamehameha Schools and is well versed in the Hawaiian language. Anuhea has also paid her dues. Moving to San Francisco at 18, she lived in a tiny apartment on Mission and 24th, making ends meets working at a café near the Golden Gate Bridge.

Anuhea is a bubbly, leggy blond with a tattoo of the Hawaiian island chain on one of her dancing feet. Her laid back style can be described as island chic. In conversation with the Na Hoku Hanohano (Hawaiian Grammy) winning artist, you think of the buoyant lyrics from one of her most popular songs:

According to Anuhea, the song was inspired by the Ron Burgundy character in the Anchor Man movies.

“I’ve always listened to island music,” said Anuhea, whose robust vocals are reminiscent of India.Arie. “I think that the chenky rhythm that we all grew up listening to contributed to my songwriting. I have songs that aren’t necessarily reggae, but I love reggae.”

“Reggae started becoming easier for me to write because it was more rhythmic and I rap over it, which was easiest for me, because I didn’t think I was the best singer.”

On stage, Anuhea and her soulful band, featuring lead guitarist Mahi Crabbe, performed an intoxicating blend of music, including a cover of Chaka Khan’s ‘70s hit, “Sweet Thing”; and her own string of hits, including an Estelle cover, “Come Over Love,” “Higher than the Clouds” and “Only Man in the World,” her duet with reggae star Tarrus Riley.

Anuhea said that she felt right at home when she traveled to Jamaica with VP Records to shoot the video with Riley.

“I went [to Jamaica] with my boyfriend,” said Anuhea.

“I had to sing with the legend that is Tarrus Riley and pretend to be in love with him. It was awkward. [Laughs]. Tarrus is my favorite living reggae artist, hands down, so it was a huge deal for me to record with him and film the video for the song. Yeah, I got to ride a horse in Jamaica, too. I had never ridden a horse in my life!”

I asked Anuhea what inspired her reggae/dancehall ballad “Higher Than the Clouds.”

“My first love, my first time,” Anuhea mused. “Everybody has a first love and a first time and if you listen to the lyrics, you’ll recognize that it is a very true story. We were young, in love, on the slopes of Haleakala, Maui, and under the stars. It was beautiful.”

“Do you still keep in touch with him?” I asked.

“Does he know where you are?” someone asked.

On the Queens of the Islands Tour, there is mutual admiration; Anuhea expressed big love for Etana:

“Oh my gosh, this is only our fourth show and so far, it’s so amazing. I love watching her perform every night; she’s inspiring! We had a six hour drive today and we listened to her album three times. I’m getting familiar with her lyrics; she is awesome and her band is killer.”

Catch these Queens of the Islands together for a few limited dates. Both Etana and Anuhea also have plenty of summer dates coming up!

AFLORA will do their first tour in California, Oregon and Washington on July Joe Higgs – The Godfather of Reggae