Rivah Jordan: All Night – OUT NOW 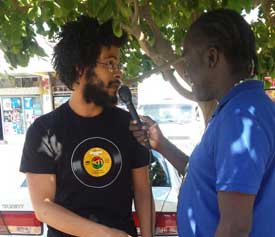 From the Album Hustlers World due April/May 2015

Here is the link to the video on HYPE TV Jamaica’s Youtube channel.

” Rivah Jordan’s All Night is a catchy uptempo song themed around a concept many people can relate to, that of wanting to spend time together. The song details the frustration experienced while waiting for what seems to be an elusive overnight encounter with a potential suitor, the lyrics “You need to spend some time with me, both quality and quantity – All Night” addresses the thoughts and feelings of both those who are single and in relationships. The video was directed by Matthew Radics for Sound Killaz TV, shot in London, England by Capturehouse.co.uk and stars the lovely Adi Alfa, an award winning actress with a NAFCA award (African Oscar) 2 BEFFTA nominations and a UEA nomination under her belt. The video premiered on the Jamaican Hype TV in February. Rivah Jordan was in Jamaica doing some promotion and interviews while finishing up some work for his album and some production on Prezident Brown’s – JourneyMan Ep, which is also set to be released in April. He is now preparing to tour the western states of the Usa with Prezident Brown starting in April and will be available for bookings in California and the western states from April until approximately the end of June. The singer believes the time we spend cultivating and nurturing the inter-personal relationships we have, is much more important than the relationships themselves or the way we view them. This 1st single from the album “Hustlers World” to be released later this year, is a signal of intent from Rivah Jordan, which he looks forward to following up this year with more music, both quality and quantity.” 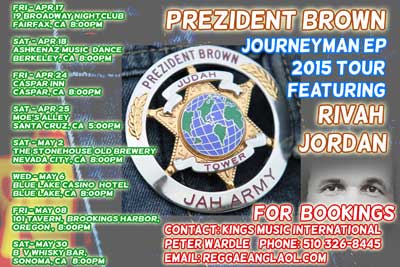