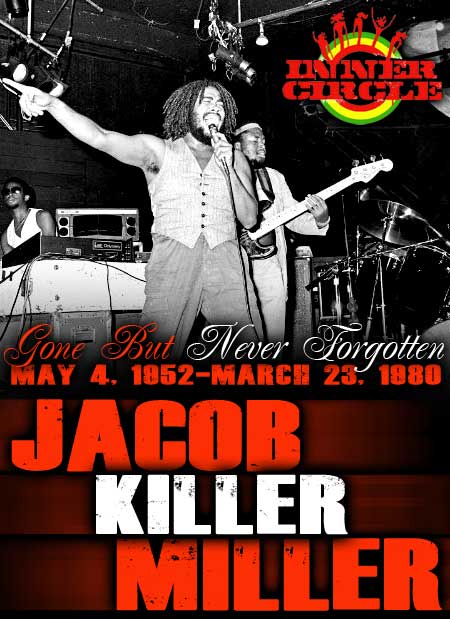 The One Love Peace Concert was a large concert held on April 22, 1978 at The National Stadium in Kingston, Jamaica.

This concert was held during a political civil war in Jamaica between opposing parties Jamaican Labour Party and the People’s National Party. The concert came to its peak during Bob Marley & The Wailers’ performance of “Jammin'”, when Marley joined the hands of political rivals Michael Manley (PNP) and Edward Seaga (JLP).

The One Love Peace Concert brought together 16 of Reggae’s biggest acts, and was dubbed by the media as the “Third World Woodstock”. The concert attracted more than 32,000 spectators with the proceeds of the show going towards “much needed sanitary facilities and housing for the sufferahs in West Kinston.” The concert was kicked off at exactly 5:00 PM with a message from Asfa Wossen, the crown prince of Ethiopia, praising the concert organizers’ efforts to restore peace in Jamaica. This introduction to the event is important in illustrating the growing prevalence of the Rastafari movement in everyday Jamaican culture. The concert was divided into two halves, with the first half devoted to showcasing some of Reggae’s newer talent, and the second half devoted to the more established artists.

Jacob Miller energetically launched the second half of the concert, during which time Edward Seaga and Michael Manley got to their seats. The highlight of Miller’s performance came when he “leaped onto the field with lighted spliff herb and offered it to a police man, donned the lawman’s helmet, jumped back onto the stage and continued the number as he paraded the herb.” Alternatively, Peter Tosh took the opportunity during his performance to berate the two political leaders sitting directly in front of him for their positions against legalizing marijuana. His set lasted 66 minutes, and Tosh spent almost half of that time denouncing the problems prevalent in society. At around 12:30 AM, Bob Marley took the stage to perform some of his biggest hits. The climax came during his performance of Jammin’ when he called both Manley and Seaga to the stage, and in a symbolic gesture, the three held up their hands together to signify their unity.