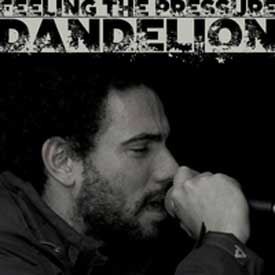 Dandelion is an artist striding onto the British reggae landscape. Born in the Caribbean island of Tobago he grew up there until the age of seven before moving to Norwich, England. Here Dandelion discovered a thriving Reggae scene and sound system culture. Inspired by what he was hearing at the local ‘roots reggae’ events he started writing lyrics and singing for sound systems such as Free King, Rebel Lion and Foundation Sound. Through this live work with the sound systems Dandelion then started to work with UK based Roots Reggae producers and labels.

Dandelion’s early releases include the 2007 UK Roots hits “Gold Chain” and “Adversary” which came on the Conscious Sounds label. These were followed by more songs, which included “CCTV” released on the Hyperdub label and “Buss Gun” which came on Free King Sound System’s label, Sugar Beat. Now living in London Dandelion has gone on to become one of the main vocalists for the Hempolics project alongside singing as front man for The Drop.